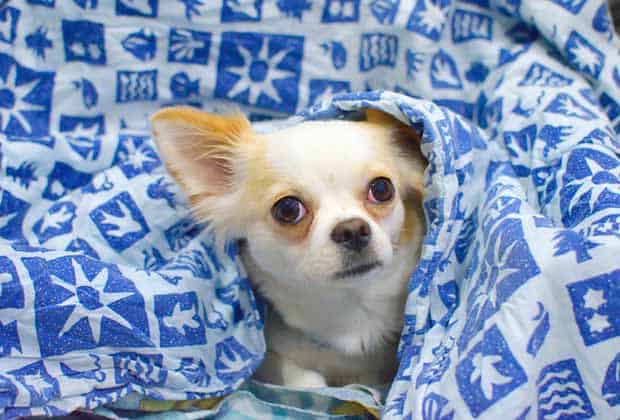 In recent times, we have come to realize that health is not only a physical issue. There used to be a time when what we considered good health was simply having a fit body and no diseases. So, there was very little knowledge about mental health, and any observable mental disorder or symptoms of such effect were often considered madness. Can Dogs be Autistic? Let’s be clear about it at PetscareHQ.

Thankfully, these dreadful days are now behind us, and science is making headway in discovering more about mental health, helping us unravel and understand more about issues that back then would have been considered signs of madness or even effects of sorcery.

Interestingly though, the various research carried out on the issue of mental health haven’t only benefited man, but also animals.

Research has proven that not only humans suffer from mental disorder; animals do too! They have emotions and get affected by these emotions in many ways, and your dog is no different. So if you ever feel like your dog is depressed, anxious or autistic, you might want to take the thought more seriously before you write it off. You might just be right.

Can dogs really be autistic?

In the past few years, questions about the mental health of pests, especially dogs, have become rather frequent. Certain behaviors observed in dogs have led vets and other animal experts to ask questions like: Can dogs have ADHD? Can they be depressed? Is this even possible?

One of these questions is the question about autism in dogs. In this article, we would try to answer this specific question. Before we can do this, however, it is important to first have a thorough understanding of what autism is.

Also known as Autism Spectrum Disorder or ASD for short, Autism is a developmental disorder usually characterized by observable problems with social communication and interaction skills, and presence of repetitive behavior patterns.

This might seem like not too big a deal, but like most, if not all mental disorders, autism comes has a broad range of conditions and variable levels of severity. Some forms of autism are mild, but some can be quite dangerous, both mentally and physically.

Being a relatively recent discovery, not enough is known about the causes of autism. With what is known, however, this disorder is in most cases genetic.

Research shows that the majority of individuals diagnosed with this disorder had inherited it from their parent. The genealogy of the disorder is, however, quite complicated and not fully understood. Moreover, it is still unclear which genes actually cause this disorder.

Genetics is not the only source of this disorder, though, as research also asserts that prenatal exposure to the rubella virus could also cause autism.

Being a mental disorder, the symptoms of autism are usually behavioral, psychological or emotional. These symptoms may include:

Now you might be thinking, what does any of this have to do with my dog? Now, while these symptoms are indeed a human thing, and you are most likely not going to find any dog with repetitive speech pattern (or any speech pattern) anytime soon, even if that might be amusing, research does prove that dogs do actually have a disorder much similar to autism.

Autism in dogs has been something veterinarians have been looking into since the latter part of the 1960s. This was when autism-like symptoms were first recorded in dogs. Since then, a conclusive discovery has yet to be made to determine whether or not these autism-like symptoms in dogs are actually in fact signs of a canine version of this disorder.

Regardless if these autism-like symptoms are actual signs of autism in dogs or that of some other disorder, it is important to actually be aware of them.

The autism-like symptoms in dogs may include:

If these symptoms were to be considered critically, it is not hard to see the similarities with autism. For this reason, this disorder in dogs is called dog autism.

What to do if your dog exhibits any of these symptoms

Just as symptoms of autism in humans are not something to ignore, dogs exhibiting one or more of these symptoms should not be ignored either.

It is important to note that displaying one or two of these symptoms once in a while is no sure sign that your dog has dog autism. The problem might indeed be dog autism, but it could also be something else. For this reason, you should observe your dog properly and regularly every time you get a hint of any of these symptoms.

If you notice these symptoms being persistent in your dog, then it might just have dog autism. In this case, the most viable option would be to take your dog to a pet counselor or vet to have it checked on.

Finally, it is important to realize that dogs, just like humans, have feelings too. They can have psychological disorder just like people can, and just like in humans, disorders like this should be treated. It is also important to note that these disorders are not diseases. They are not things that simply require a few drugs, after which they would disappear. They are a special case, and hence should be treated that way.